Crabbe Mountain was the place to be this weekend for gravity racers as they hosted two events on Saturday. The Diddle Daddle DH & Enduro saw the return of mountain bikes to Crabbe Mountain after a bit of a hiatus. New management was eager and willing to help grow the sport as they welcomed the gravity racers for an exciting day of racing.

The first event was the DH race on the Diddle Daddle course in the morning. Racers were given a two chances to post their best time for the course. There was Pro and Sport categories for men and women to compete in.

In the Pro Mens race, Josh Thibodeau claimed the top spot on the podium, his time of 2:39 was six seconds faster than second place. Thibodeau has long been looking forward to racing the DH course, and is highly regarded in the Moncton area for his gravity skills. In second place was Jeremie Gaudet, followed by Jon Lim in third place. The difference between second and third place was less than a second. Gaudet finished with a time of 2:45.22, to Lims 2:45.51.

Only Karen Lenehan competed in the Sport Womens race, taking the win with a time of 4:01. 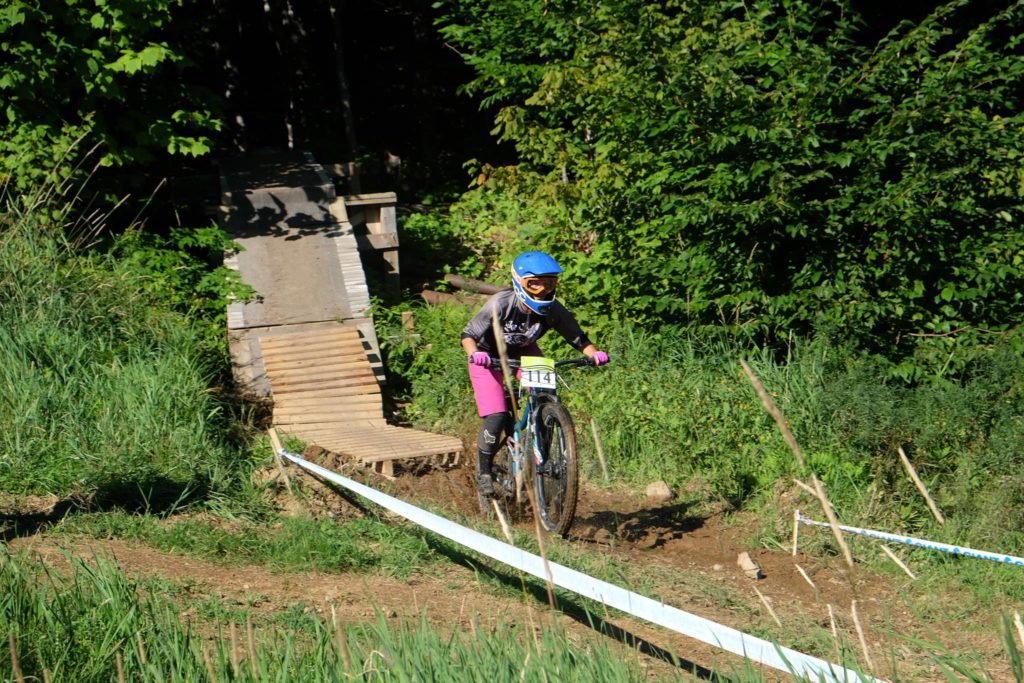 Lenehan on way to top spot on the podium.

In the afternoon, the Enduro race saw competitors take they’re shot at three timed stages for the Pro Categories, and two for the Sport racers. After each stage competitors had to make their way to the top of the hill within the time window before incurring a time penalty. With the same categories as the mornings DH race, and competitors familiar with the course, the action was sure to be close.

In the Pro Mens race, Josh Thibodeau once again claimed the top spot picking up the victory over Jon Lim, and Gillie Briand. Thibodeau posted the fastest time on all stages claiming the gold medal.

Sport Men went to Sydney Smith, with Caeden Carruthers and Nick Fowler rounding out the podium. Smith had the two fastest times in each stage to claim his victory. Sport Women was won by Karen Lenehan, with a time of 9:14. 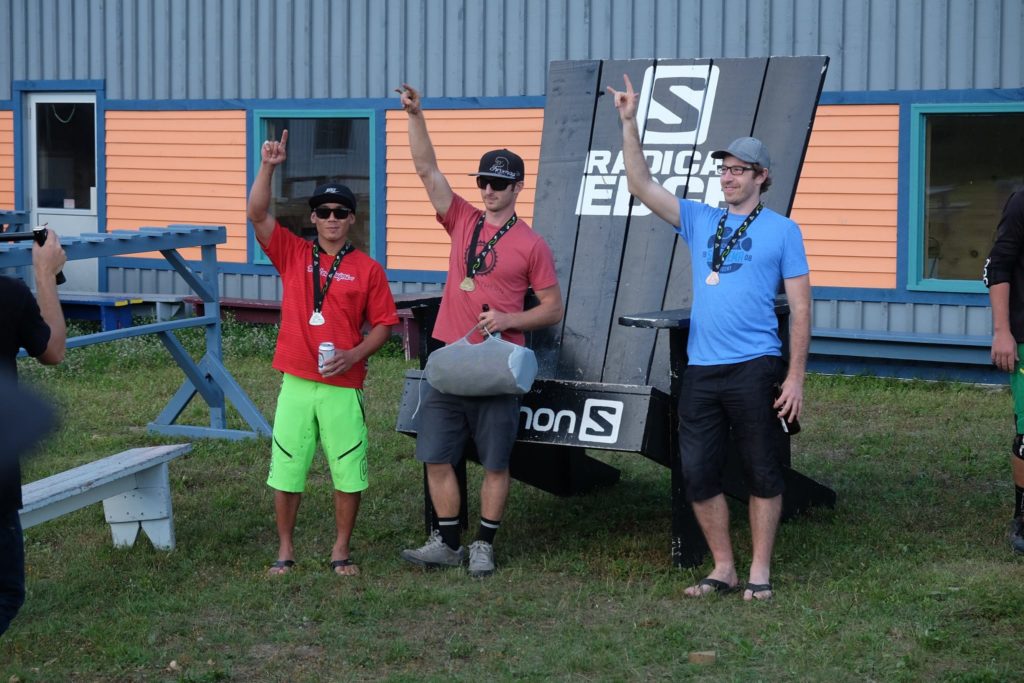 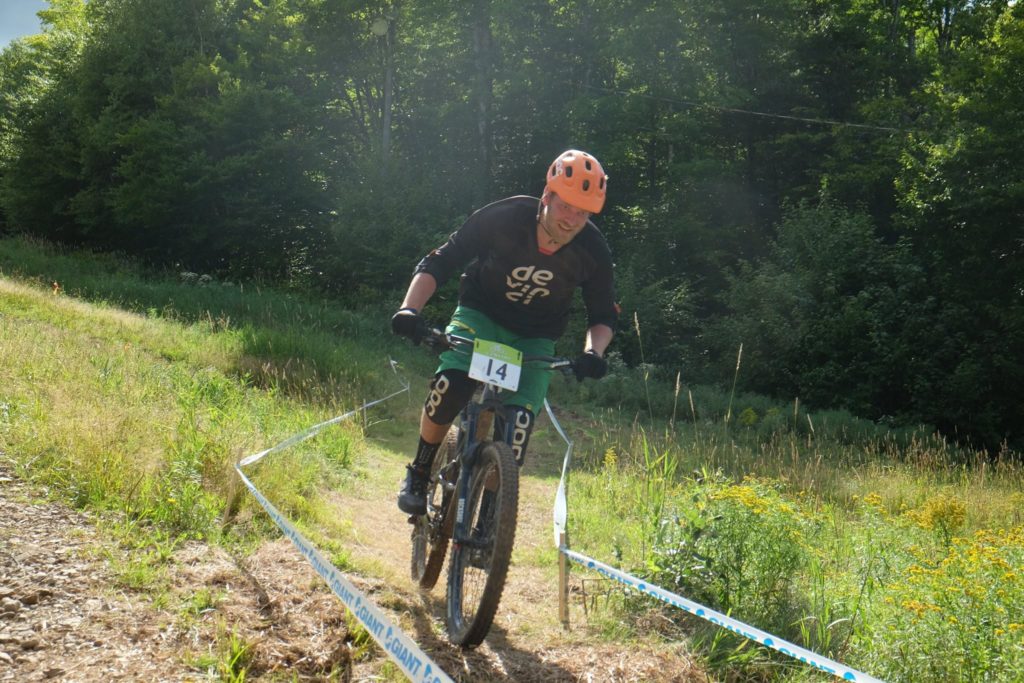 The days events were well received, and everyone had a great time. Thanks to the sponsors, Radical Edge, Mavic, Thule and Giant Bikes for their support. Crabbe Mountain had a great group of volunteers to help with the event, and they couldn’t have done it without the support.