The Adrenaline Festival at the Sugarloaf Provincial Park was the hot spot this past weekend as Velo NB crowned provincial champions in XCO and DH. The festival brought racers from across the province, Nova Scotia and Quebec to the northern community for a two day event to celebrate mountain biking.

The action began on Saturday with two DH races as a primer for Sunday’s Provincial Championship. First up was a run down SupaSweet, and the second race of the say was L’Acadienne. Simon Gaudet, Emmanuelle Boudreau, Michael Rose, and Thor Durning all picked up wins in their respective categories in the SupaSweet race. Gaudet and Bourdreau picked up right were they left off with a win on L’Acadienne as well, both going 2 for 2 in Saturday’s DH action. Other winners on L’Acadienne were Dylan Blaquiere, and Josh Thibodeau.

Saturday night saw action for XC athletes as they had a chance to race in the XC Eliminator. the short course format allowed for everyone a chance to stretch out their legs, and sprint for some glory on the weekend. Winners included Benjamin Hewins, Ricky Therrien, Tanya Hanham, and John VanLuxembourg.

Sunday morning saw the competion start with the XCO Provincial Championships. The course allowed riders a chance to get to the top before the racing down through the bike park. In the Mens A race Benjamin Hewins picked up the race victory, with Andre Landry taking home the Provincial Championship as the top finishing NB rider in second, followed by Marco Levesque. 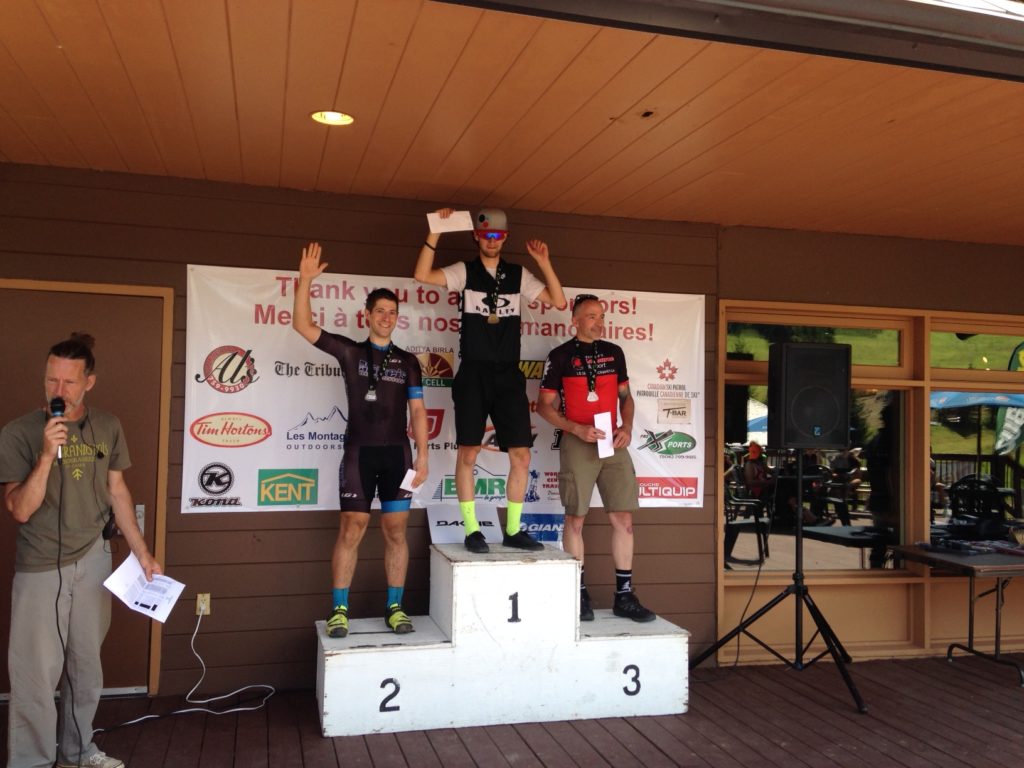 In the Womens races, Tanya Hanham and Kimberly Abbott batteled for victory in the A Category, with Hanham taking the top spot on the podium. In the B Cateogry race, Melissa Bordage and Sherry Mercer had a hard fought battle that ended with Bordage on the top spot of the podium. In the C Category race Ella Bragdon has now collected three victories in a row, notching a victory in Campbellton. All winners in the womens races were crowned Provincial Champions as top finishing New Brunswick racers. 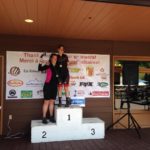 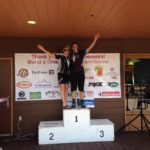 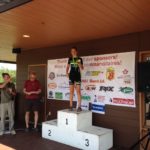 In the Mens B Category race, Joel Bragdon stepped onto the top spot of the podium after a couple races trailing behind his daughter Ella. Joel was crowned Provincial Champion, and was followed by Anthony Arseneay and Jean-Guy Babineau in the B Cat. In the C Category race, Ricky Therrien was just able to claim victory over Samuel Rioux in a sprint finish, with Dean Michaud coming in third. Rioux’s second place was the top finish for a NB rider in C Cat, claiming his first Provincial Championship. 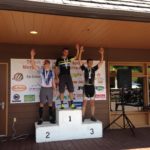 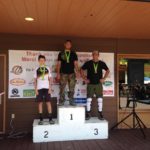 The U17 winners all came from the same club with Velo Edmunston taking the top spot on both podiums. The club’s ongoing youth programs delivered victories in both the mens and womens races. In the womens race, Alexa Chassé was the winner and crowned Provincial Champion. In the mens race, Rémi Levesque was the winner and Provincial Champion followed by Pierre-Luc Lebel and John VanLuxemborg. 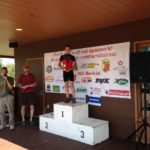 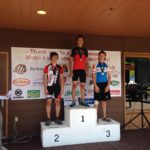 Mens U17 Podium, with Rémi Levesque Provincial Champion on the top spot. 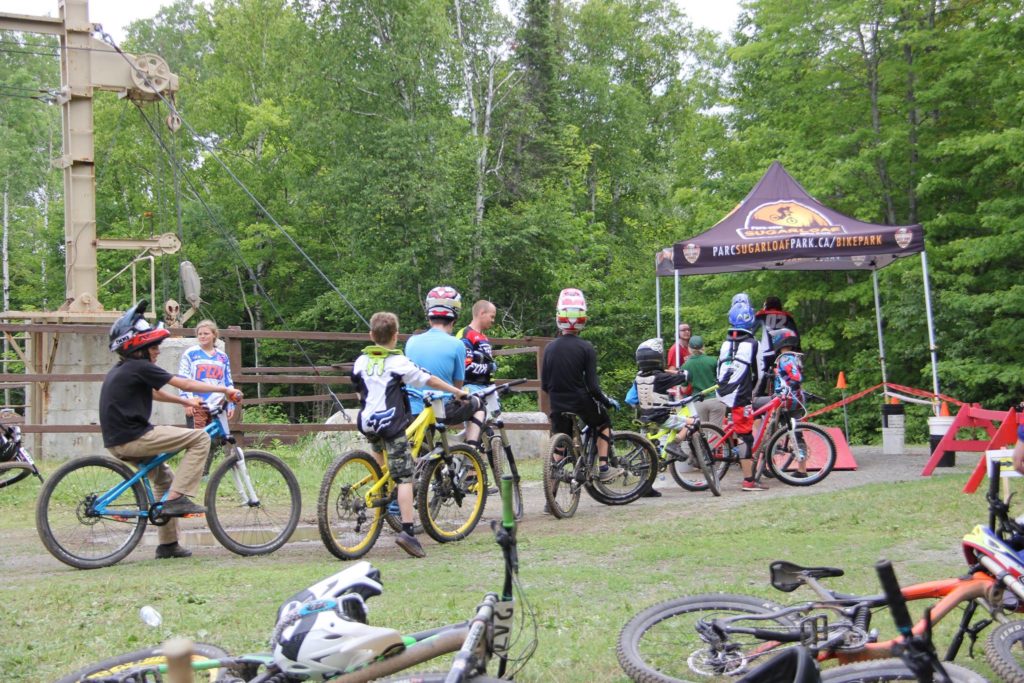 Riders line up ready for their start times.

For the Kodiak race beginner riders also had their hand at competing in the downhill event, with Simon Gaudet picked up the win, followed by William Thériault and Sébastien Bourque. The Sport Category Provincial Race saw Chris Philips take the win, followed by Dylan Blaquiere and Stefan Curtis. Patrick Paré-Martin from Quebec took the win in Pro followed by Gabriel Lavoie and Josh Thibodeau. The Womens race was won by Emmanuelle Boudreau followed by Maxine Bergeron and Maude St-Pierre Lamoureu. 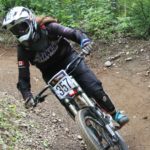 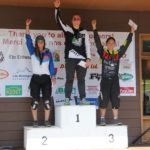 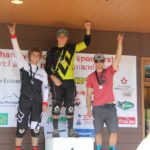 Full race results from the weekend can be found here.

Congrats to all competitors for making the 2016 Adrenaline Festival a successful event. To the host mountain of Sugarloaf Provincial Park and to host club Les Montagnards for organizing another classic race, and to all the support of sponsors and volunteers for their support.