Mountain Bike Minto showed New Brunswick that Minto has a lot to offer to the mountain biking world after hosting the Coal Miner’s Lung XCM event this past weekend. A large community presence came out to support the event and treat riders from around New Brunswick and visitors from Nova Scotia that it is a destination to visit and experience the excellent trails.

The crew from Mountain Bike Minto prepared an excellent 20km loop for the race. A Categories raced over three loops, B Categories two, and the C Category raced one lap of the course. Conditions started off fine, but showers over the course of the event created some slick conditions in the infamous Minto mud.

In the A Category 60km race. Andre Landry jumped out to an early lead, and was able to maintain his posistion over the course of the race. Despite challenges from Mike Kowalski, and Jean-Richard Cormier in the opening laps, Andre was able to stay out front and grab the victory in the mens race. The win gives Landry top spot in the Provincial Points Series, but is closely followed by Kowalski, and Cormier after two events. 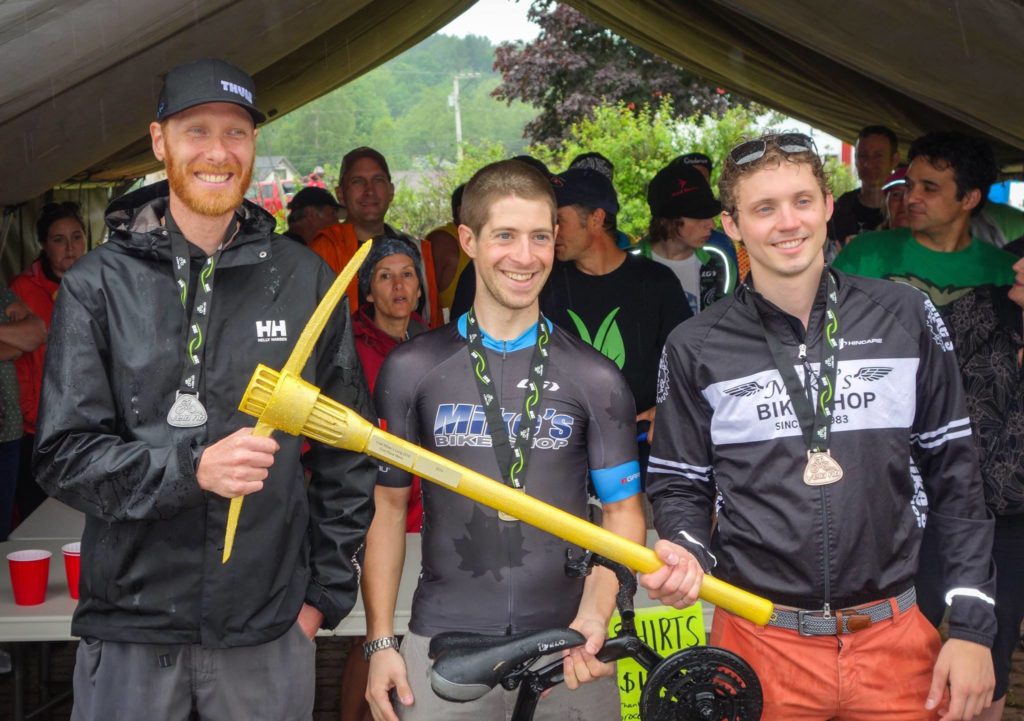 In the Womens 60km A Category race Tracey Hamilton grabbed the top spot over the visiting Carolyn Towell from NS, with Kimberly Abbott rounding out the podium. Abbott maintains her Provincial Points Series lead over Tanya Hanham, and Annik Belanger after the second event. 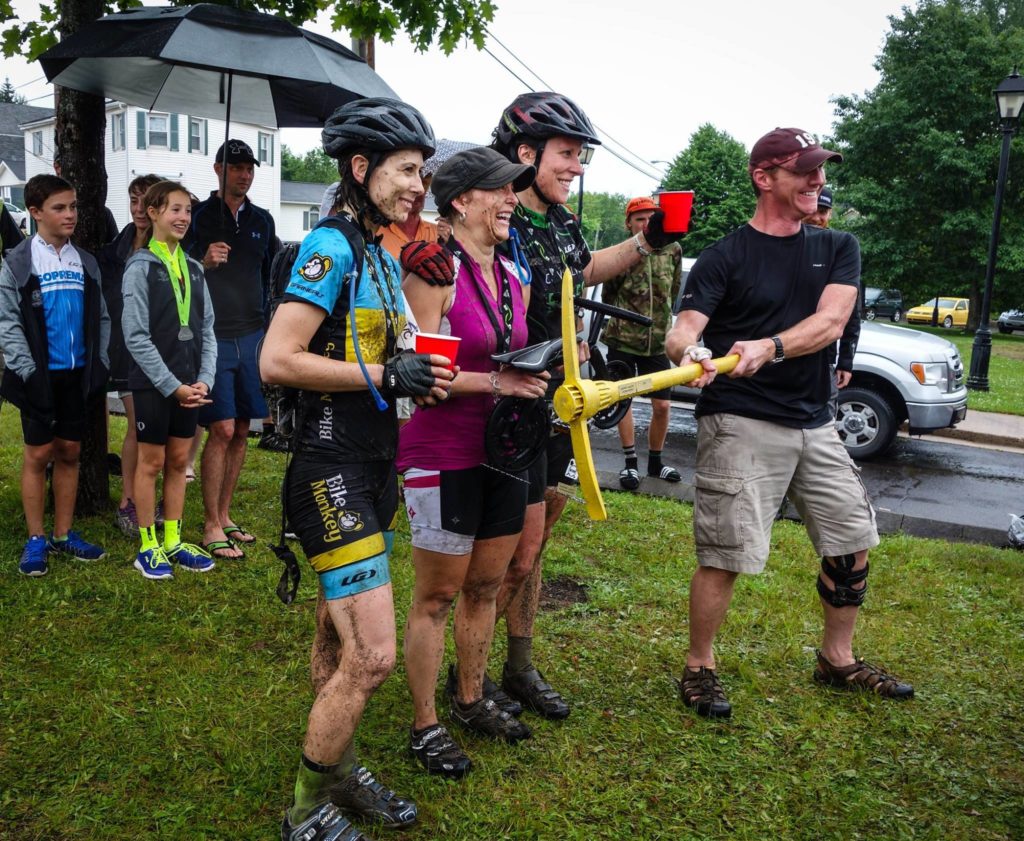 The B Category racers dueled it out over two laps of the 20km circuit and  raced hard for the win. In the womens race, Kelly Murrary and her Darth Vader mask grabbed first place over Heather Purcell, and Lisa McInnis. Purcell’s second place finsih helped to propel her to the top of the Provincial Points Standings but is followed closely by Melissa Bordage, and Kelly Murray. 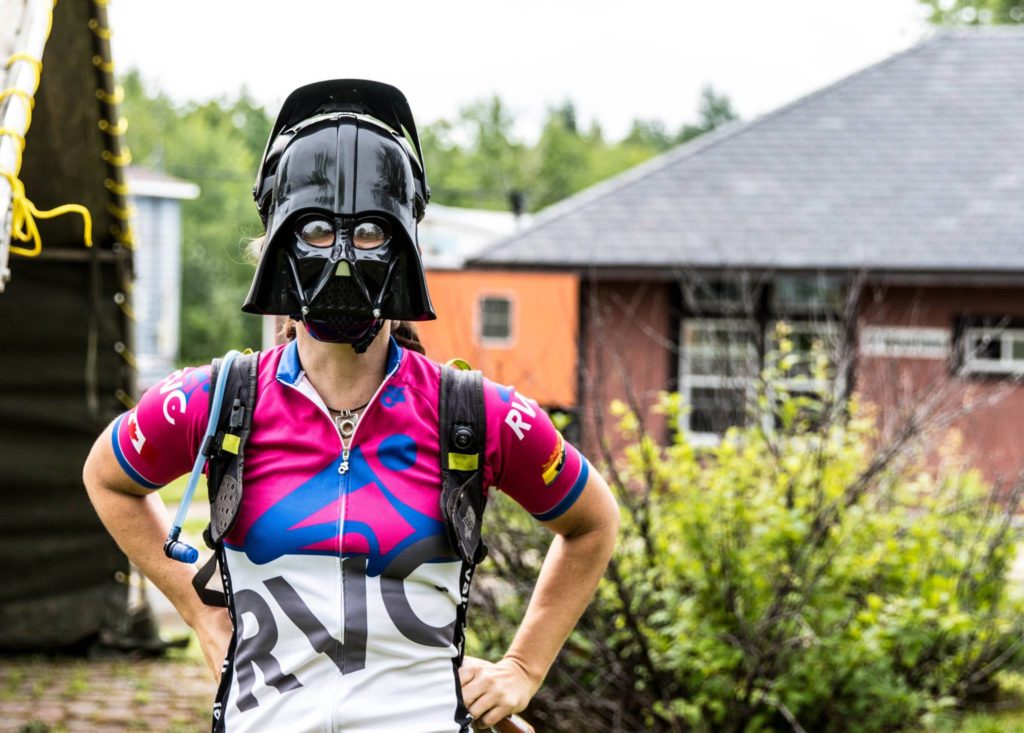 Kelly Murray, 1st place in the Dark Side, and Womens B Cat.

The Mens B Cat 40km race saw the largest field of the day with over 30 racers trying their hand in the event. In the end Peter Dyker raced to victory followed by Mark Boudreau, and Nick Russon. The large field of competitors all seemed to enjoy themselves as the two laps proved to be quite the challenge. In the Provincial Points Standings, the second place by Boudreau gives him top spot but is followed closely by Tim Bell, and Joey Landine. 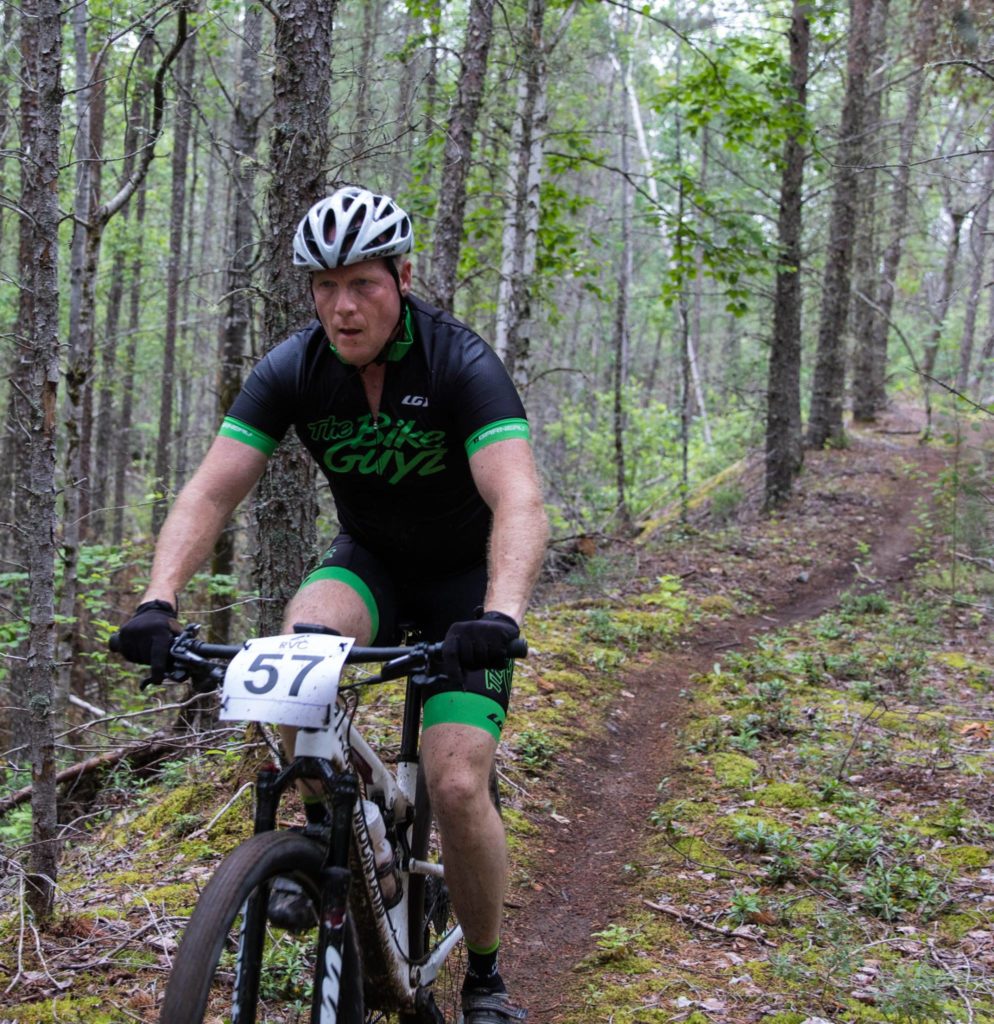 Peter Dyker on his way to B Cat Victory.

C Category racers had one lap to challenge themselves and each other on the Minto course. Five seconds was all that separated first and second place in the mens race. Stefan Curtis was able to pick up the win over a hard charging Sydney Smith. The two Crabbe Mountain friends were joined on the podium by Liam Dyker. Dyker’s third place helped to maintain top spot in the Provincial Points Standings as he leads Ben Purcell, and Stefan Curtis. 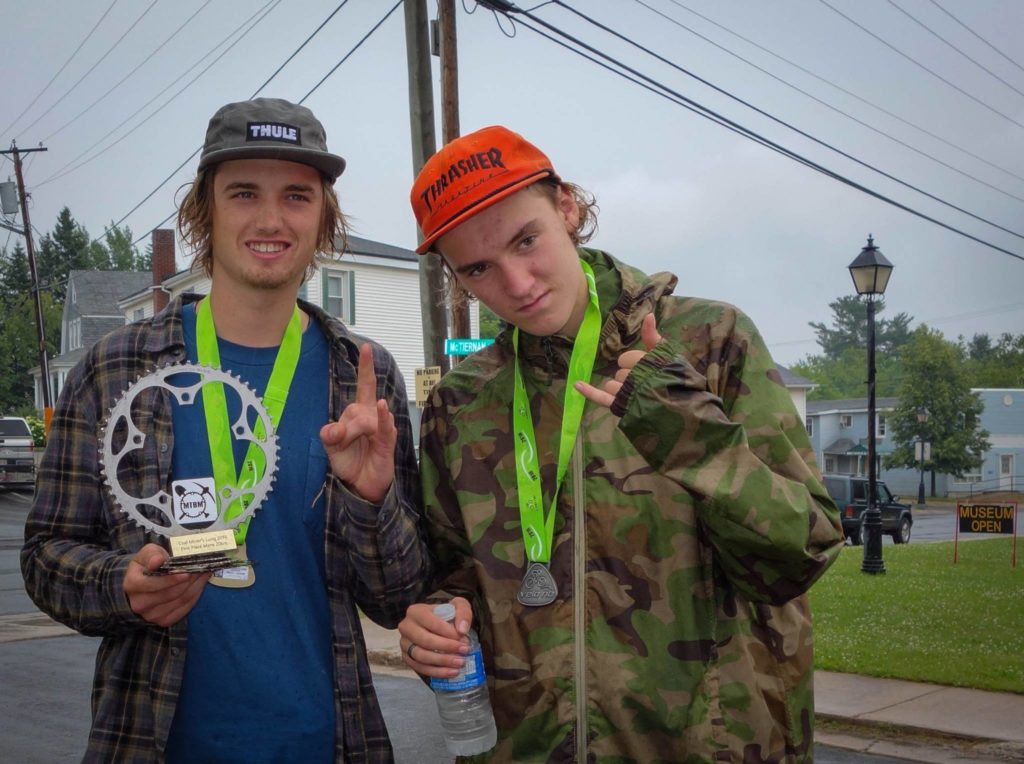 Curtis and Smith celebrating their 1-2 in the 20km race.

The womens 20km race was one of two categories along with the womens 60km, that saw a full field complete their race distance. The difficult conditions, and course caught a lot of competitors by surprise as attrition took its toll on some. The C Category race was once again won by Ella Bragdon as she followed up her victory in Hillsborough with top spot in Minto. She leads the Provincial Points Standings followed by Laura Skinner and Lisa McKinnon.

Podium awards were also given out to U17 racers that competed in the 20km race. Ella Bragdon took top spot for the women followed by Vanessa Thomsen and Emily McIntyre. For the men, Sydney Smith was the winner followed by Liam Dyker and Caeden Carruthers. 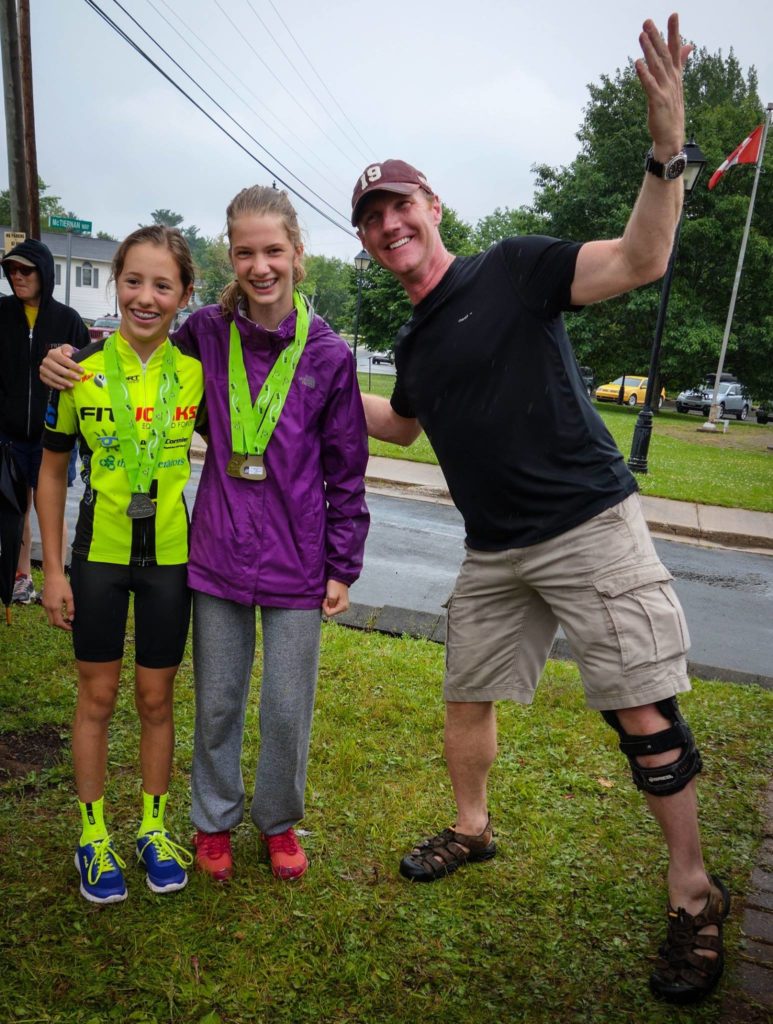 Thomsen and Bragdon celebrate their U17 results.

Congrats to all that raced, full results can be found here.

Thanks to Rob Linden for his photos, more can be found here.

Thank you to Mountain Bike Minto, River Valley Cycling, and all the sponsors, and volunteers that helped pull off an amazing event.