Opening weekend of the 2016 VeloNB Cyclocross Series presented by Saint John Nissan was a double-header in the Moncton area. The Mike’s Bikes Cross was held at the CN Sportsplex on Saturday, and the Fitworks Muddy Wheels race at the Dieppe Rotary Park on Sunday. Racers from around New Brunswick as well as visitors from Nova Scotia and PEI came together to kick off the season with a bang.

The Mens A races this past weekend saw dominate rides from Edward Walsh. The Nova Scotia native who races for Team RaceClean, a Cycling Canada development team, picked up both wins. In the first event it was a 30 second victory over Julien Roussel, with Brian McKeown taking third spot on the podium at the Mike’s Bikes Cross. Roussel and McKeown battled all race long for second spot, with the Fitworks rider Roussel making the pass on the last lap for second place on the Radical Edge racer.

In the second race, Walsh opened up a lead on the first lap and wasn’t seen from again. He increased the gap to second place every lap in claiming victory. Andre Landry claimed second place, with Chris Algar taking third at the Fitworks Muddy Wheels. 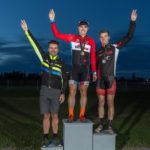 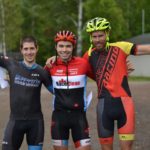 The Womens A race on Saturday also saw a Nova Scotia native take top spot on the podium. Keli Marshall picked up the win in the Mike’s Bikes Cross race followed by Jane McKeown and Heather Purcell. The three podium finishers traded spots in the opening laps with Purcell jumping to the lead early, before being passed by Marshall. The race on Saturday also saw Jennifer Kenny pick up the win in the Womens C category.

Sundays race in Dieppe saw Heidi King claim top honours in the Womens competition. The finish wasn’t easy as Keli Marshall stayed within shouting distance all race, never letting the gap get above 40 seconds. In the end Marshall had to settle for second place, with Heather Purcell rounding out the podium. 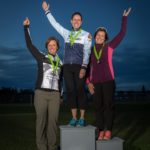 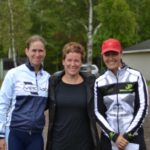 The Mens B Categories saw two different podiums in their races. On Saturday, Chris McNamara picked up the win followed by Martin Pelletier and Marc Aucoin. Sundays race saw Lionel Stanley take top spot on the podium, followed by Kyle Kreabow and Mike Roy. The two races produced some interesting results to open the season, which will certainly affect the points standings for the rest of the season. 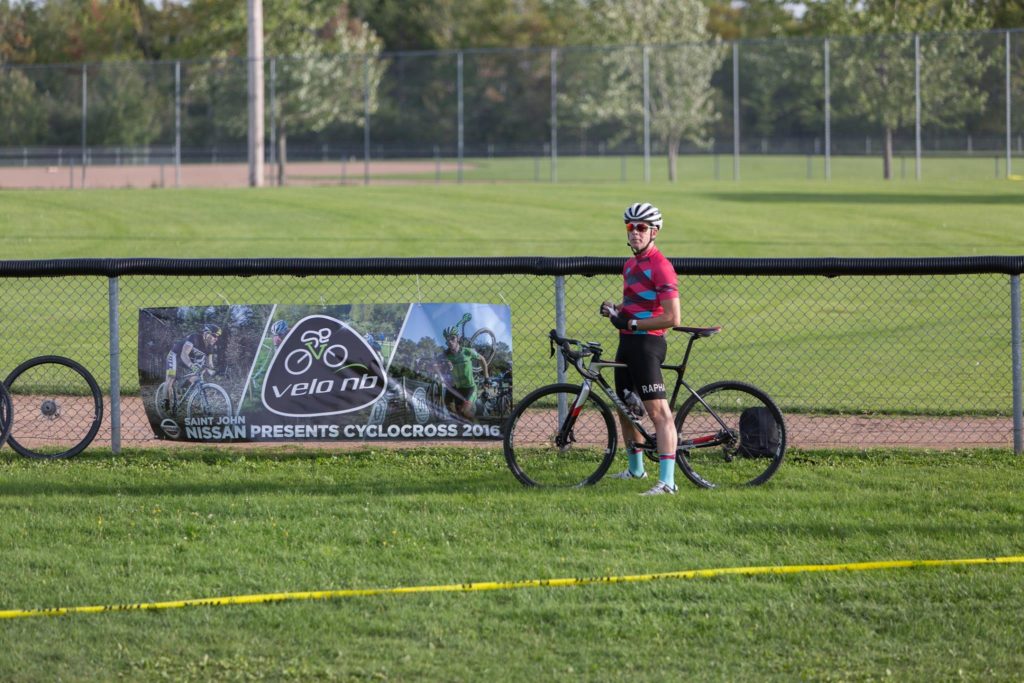 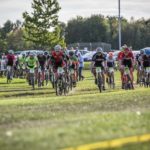 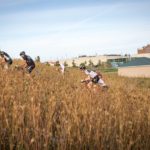 The CN Sportsplex was a beautiful backdrop for Saturdays Action 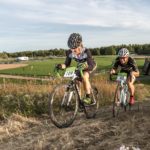 The small hills at the Sportsplex became a major factor as the race wore on. 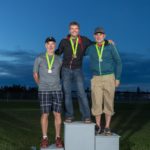 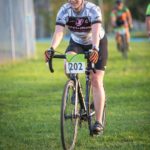 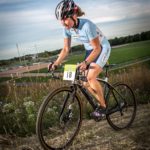 Keli Marshall was a factor in both races. 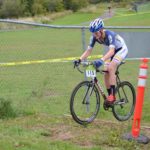 Anthony Arseneau shows his “hops” at the Dieppe Rotary Park. 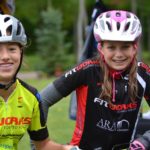 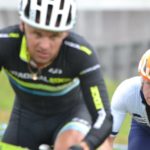 The season opener brought out the grimace in some racers.

It was a great start to the season as Mikes Bike Shop and Fitworks organized some amazing races and brought out some great races from the competitors. The next event on the schedule is October 15th and 16th in Saint John. Bikes and Beans will be hosting a Ladies Only event on Saturday, and Sunday will be the Bikes and Beans Hot Cross Buns Race. Keep an eye on the VeloNB Facebook page as we provide the first look at the points standings for the 2016 VeloNB Cyclocross Series presented by Saint John Nissan.