Wet conditions could not dampen the fun of the 2016 Rockwood Challenge. Under dark skies racers from around the province gathered for the annual event in Saint John. This event was hosted by the Saint John Cycling Club, and The Bike Guyz @ Alternatives, with support from Bike Works, the SJCC Trail Miners, Real Food Connections Saint John, . Without these awesome organizations, events around the province wouldn’t happen.

Racing started in the morning with events for a kids of all ages. U13 and U15 racers got a chance to run an abbreviated course, but non the less had the chance to experience some of the rockwood singletrack that has become infamous in the province. Alexa Chase picked up the win in the girls U15, and Zachary Berube taking the boys victory in U15. In the U13 categories, Benjamin Martin grabbed victory in the boys category, with Emilie McIntyre picking up the win in the girls category. 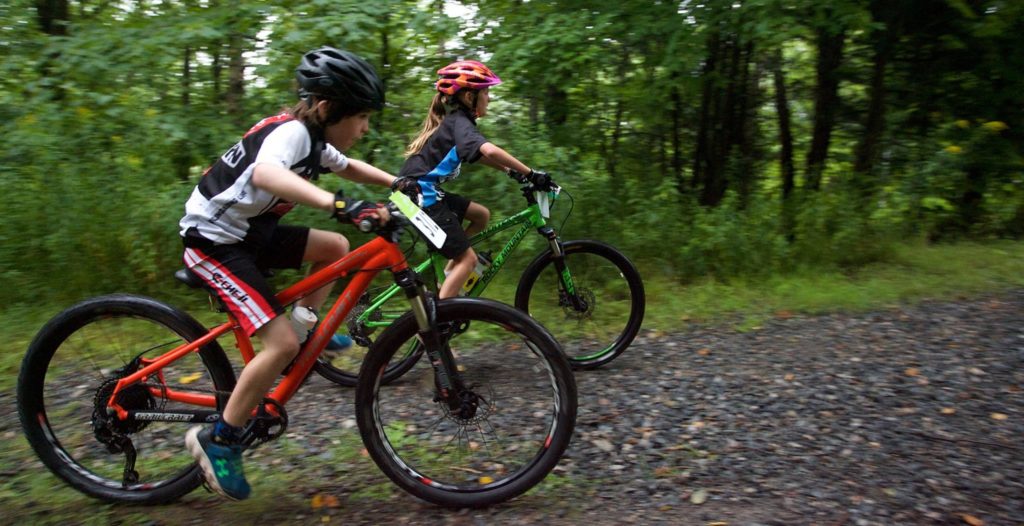 U13 racers on their lap of the course. 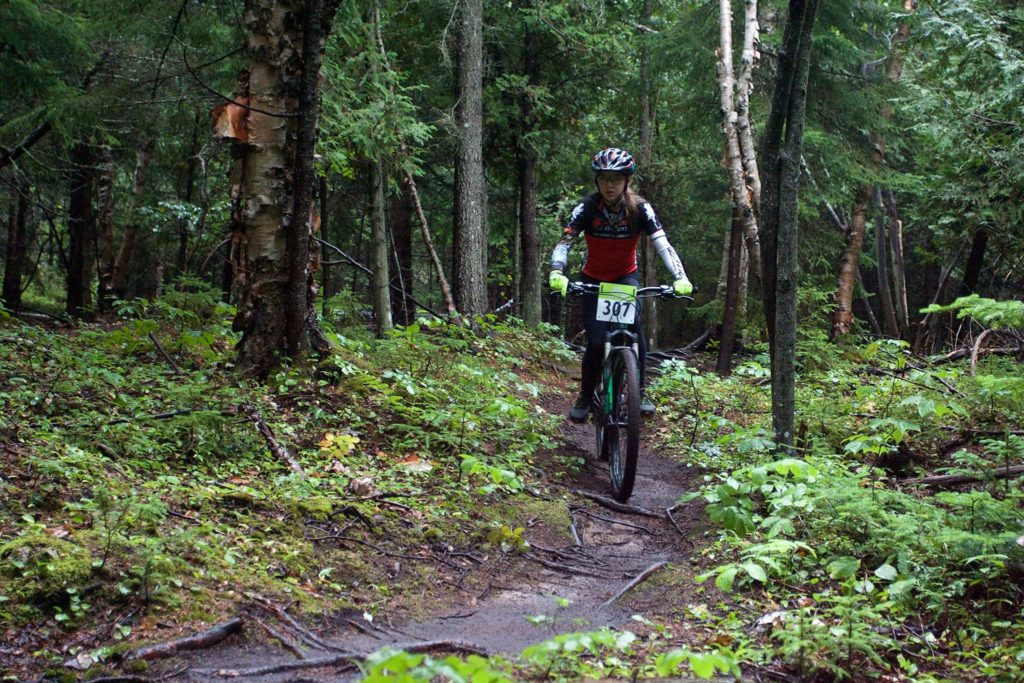 Alexa Chasse picked up her second win of the 2016 season. 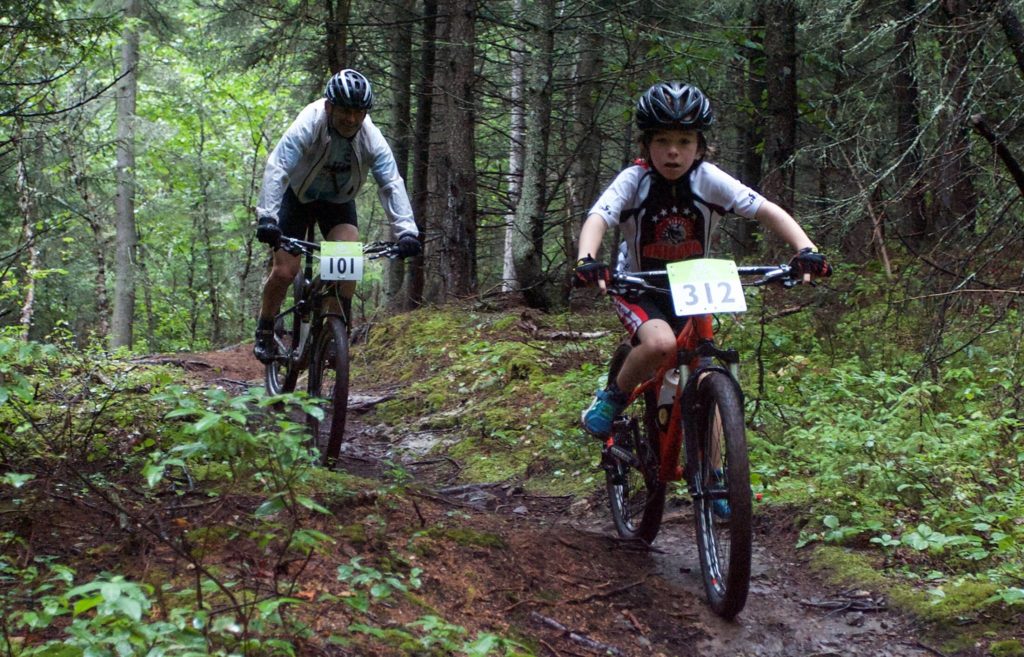 Simon tries hard to make a getaway from dad..

Youth racers at the start of their race.

In the mens A Category race, the action was firece, as 9 racers took to the start line. Andre Landry, Jason Lagace, and Jean Richard Cormier were the first racers up the “Ski Hill” climb at the start. At the end of the of the race, the hometown advantage proved to much, as Jason Lagace picked up the win. Cormier held onto second place, well young gun Craig Marshall stepped up from his previous efforts in the B Cat to take home third place in A. 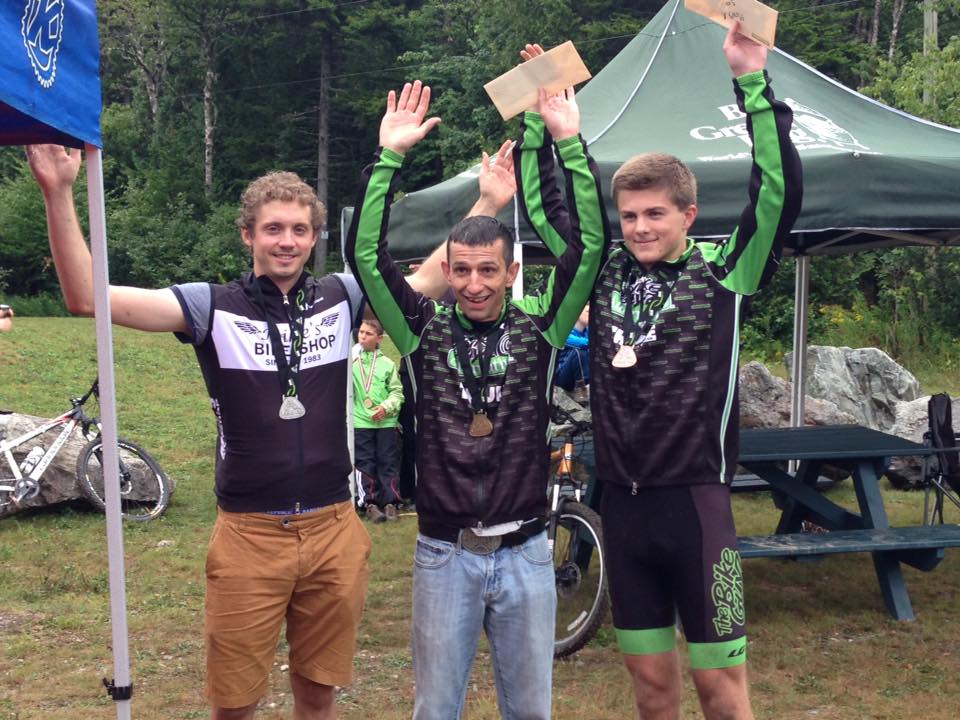 In the B Category, Neil Manson took home top honours after three laps, followed by Remi Levesque, and Andrew Arsenault. In the C Category Liam Dyker took home his second win of the season after two laps over Samuel Rioux, and Calvin Gee. 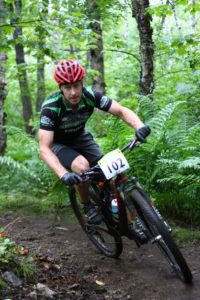 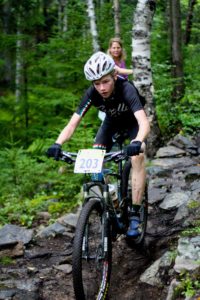 In the Womens categories, Heidi King was the A Cat winner, and Heather Purcell took home the win in the B Cat. C Cat was once again won by Ella Bragdon, her fourth of the season. 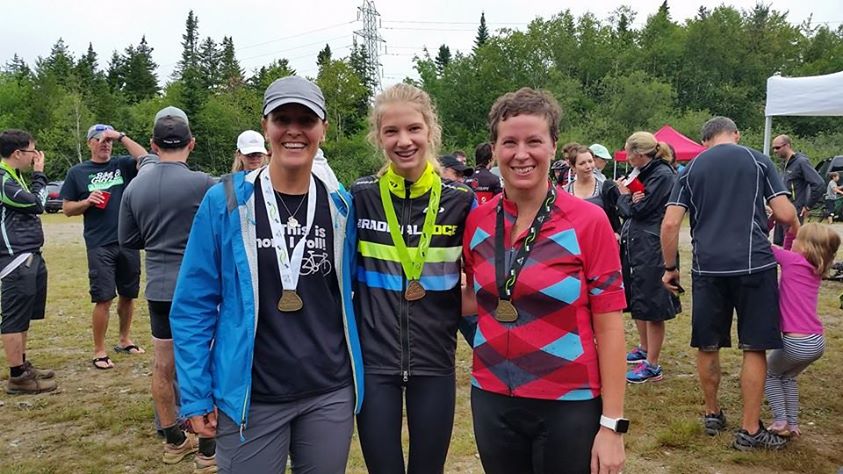 Bertrand Poirier, and Pier-Luc Lebel picked up wins in their one lap races, Poirier in D, and Lebel taking home the win in the U17 race. Full results from the day can be found here.

Thanks to all that braved the conditions to race, to the organizers, and volunteers that made the 2016 Rockwood Challenge a success.